Through friendship, sessions and copious cups of tea, Bunoscionn was created - a musical love-child, mothered by Irish folk music and fathered by dance/reggae/rock, (paternity tests pending)!

Five Kildare musicians brought together through jams, sessions and the craic to form a group rooted in the traditional but with one foot held firmly outside the box. With a diverse range of vocals, instruments and styles, Bunoscionn can be found performing high energy shows at festivals and venues to fireside sessions in a pub and everything in between.

Bunoscionn started out playing in pubs over 8 years ago but soon found themselves playing at some of the best festivals in Ireland including Electric Picnic, Spirit of Folk, Knockanstockan, Vantastival, Groove Festival, Swellfest Sunflowerfest all while producing various different shows including Irish trad and folk music, a 2 hour straight-through set of 90's dance hits, an Irish folk interpretation of Pink Floyd's 'Dark Side of The Moon', interviews and live performances on KFM, Today FM, Dublin City FM, Radió na Life and Irish TV. All this while gigging, recording and exploring new material.

Bunoscionn can also be found in venues and festivals around other European countries including Germany, Switzerland, Austria and Holland. Work hard, have fun and ….make tea, not war.

Tickets can also be purchased from 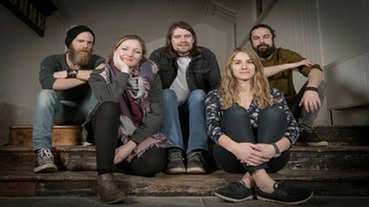 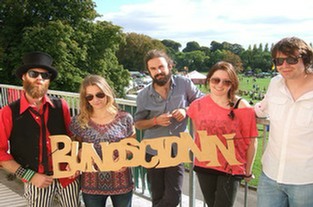 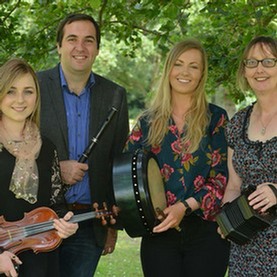 Luascadh (meaning ‘swing’) are a four piece Irish traditional music and vocal group who hail from across Ireland. They met in University of Limerick and having played together in various formats during 2014 & 2015 went to form Luascadh in early 2016. they toured the Canadian Maritimes in summer 2016. In 2017, work began on recording their CD 'Time of Day' which was released in 2018

The Bridgewater Inn (upstairs) from 8.30pm

We are delighted to have local band BunOsCionn as the main event on our programme this year.